As a developmental biologist, I study how a single cell becomes a complete animal — how nature makes something from almost nothing. The growth of an embryo seems mysterious because new tissues and intricate body parts arise from what previously seemed to be an inert lump of cells. Like origami, layers of cells grow, flatten, and fold over themselves. Neurons are strung from one end of the undeveloped body to the other. A transparent heart is assembled and begins to beat even before it fills with blood.

I was first captivated by embryonic development as an undergraduate at Oberlin College. Copying diagrams from textbooks or walking back from lab, I would ask myself: How does an embryo know how to build itself? There must be some inner logic of cells — a flow of information when sperm meets egg that spreads over time and space, always reinforcing itself and always growing in complexity, to shape what we become, both in personality and appearance.

For the past five years, I’ve studied development as a graduate student in MIT School of Science’s Department of Biology. My research, performed in Professor Hazel Sive’s laboratory at the Whitehead Institute, focuses on face development. Faces are our portal to the world and aid us in interacting with our surroundings but, more broadly, they are the basis of our identity. We remember the smiles or mischievous glances of family and friends while the images of celebrities like Marilyn Monroe or Muhammad Ali are cultural icons. 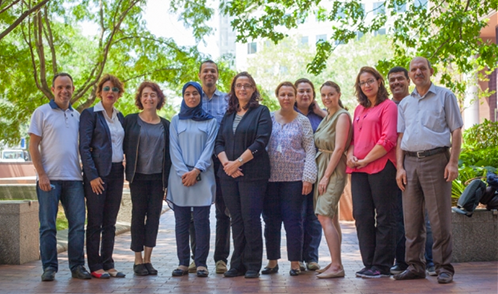 The teacher becomes the student

As it does every year, MIT stayed active throughout the summer months, welcoming tourists snapping shots of the Great Dome, campers playing tag on North Court, and students hoping to brush up their computer coding skills, in almost equal measure. For three weeks in July, 10 professors from Tunisia joined the crowds in the Infinite Corridor, as they participated in the inaugural installment of the MIT-Educator program.

Headed by Hazel Sive, a professsor in the Department of Biology, the MIT-Educator program is the latest addition to the MIT-AFRICA Initiative, an umbrella that communicates and promotes MIT partnerships in Africa that focus on education, research, and innovation. Sive is Founding Coordinator of the Initiative. MIT-Educator encourages professors to think about what they do, how they do it, and how they might do it better, on a more intimate level than is possible for when their own classes are in session.

“Higher educators are very often thrown into being educators without much instruction. Faculty are smart and creative, so they’re able to get by, but there’s very little discussion about what it means to be a university educator or how to educate at the level required,” Sive says. “As a MacVicar Faculty Fellow, I’ve been interested for a while in bringing together the various expertise around MIT and setting up a collegial, thoughtful program that addresses those questions.” 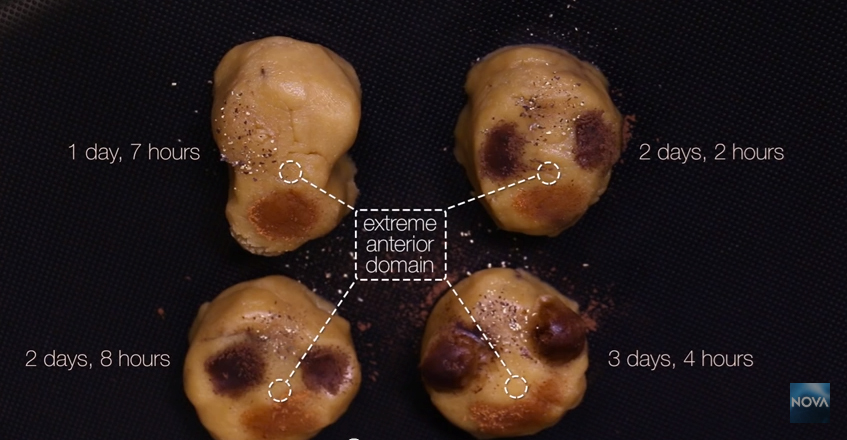 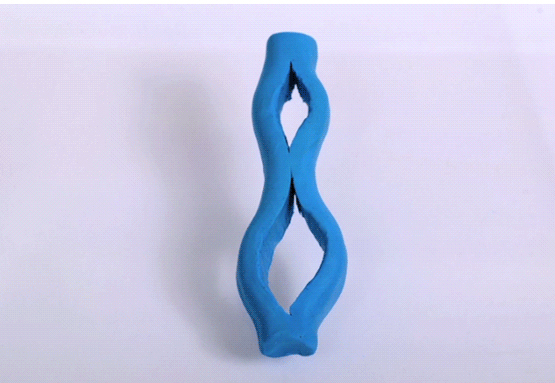 This claymation model shows how the Xenopus frog’s pre-mouth begins as a square, eight cells wide and high, and morphs into a two-cell wide by twenty tall column. As the larvae prepares to begin feeding, the two rows of cells unzip down the middle to surround the oral opening that connects the digestive system to the outside. The mouth and other “scheduled holes” must form at precisely the correct time and place, otherwise they would form catestrophic wounds.
Image: Courtesy of the Sive Lab/Whitehead Institute

Whitehead Institute researchers have identified the pre-mouth array—an area of the developing face in embryonic frogs—that “unzips” to surround the mouth opening. Their work highlights the precision necessary to create the mouth and identifies the cellular mechanisms that drive its formation.

“All biological holes—openings—that form in the embryo are fascinating because they would become a catastrophic wound if they do not form precisely,” says Whitehead Member Hazel Sive, who is also a professor of biology at MIT. “We call these ‘scheduled holes’ and the mouth is a crucially important example. Mouth formation involves many steps that ensure the opening happens at the right time and at the right place— when the cells are connected with the correct junctions to be exposed to the outside and where the opening connects to a prepared region, in the case of the mouth to the digestive system. But I was so surprised when we found that this process is initiated in frogs several days before the mouth actually opens.”

The Sive lab has studied mouth formation in Xenopus frogs for many years. Because mouth formation occurs early in embryonic development and is highly conserved across species, model organisms, such as frogs and fish, provide fundamental insights into key developmental events that are difficult to observe and study in humans.

In the most recent work, which is published in the August 2 issue of Cell Reports, Sive lab researchers led by Laura Jacox, then a graduate student pursuing a dual DMD-PhD degree through the Harvard School of Dental Medicine and the Harvard-MIT Health Sciences and Technology program, monitored a region of the embryo known as the Extreme Anterior Domain (EAD). Within the EAD, which the Sive group has identified as the earliest element of facial development, they noted that a group of cells reorganizes to form a “pre-mouth array” that indicates where the mouth opening will later form.

The pre-mouth array begins as a square, eight cells wide and high, and morphs into a two-cell wide by twenty tall column. This transformation is a process called convergent extension, a crucial embryonic mechanism of cell reorganization. As the larvae prepares to begin feeding, the two rows of cells unzip down the middle to surround the oral opening that connects the digestive system to the outside.

Jacox acknowledges that this research clarifies a piece of a highly complex, carefully orchestrated process.

“There’s a lot of craniofacial development that we don’t understand,” says Jacox, a co-author of the Cell Reports paper who will soon become a resident in orthodontics at the University of North Carolina Chapel Hill. “If we hope to understand why craniofacial anomalies happen in humans and how to treat them at an earlier point to avoid years of surgery and orthodontics, we need to obtain a better handle on what’s going on. Recognizing what is required to form a mouth and the face and how it’s regulated is a step toward understanding how these processes can be disrupted.”

This work was supported by the National Institute of Dental and Craniofacial Research (NIDCR 1R01 DE021109-01 and F30DE022989) and Harvard University’s Herschel Smith Graduate Fellowship.